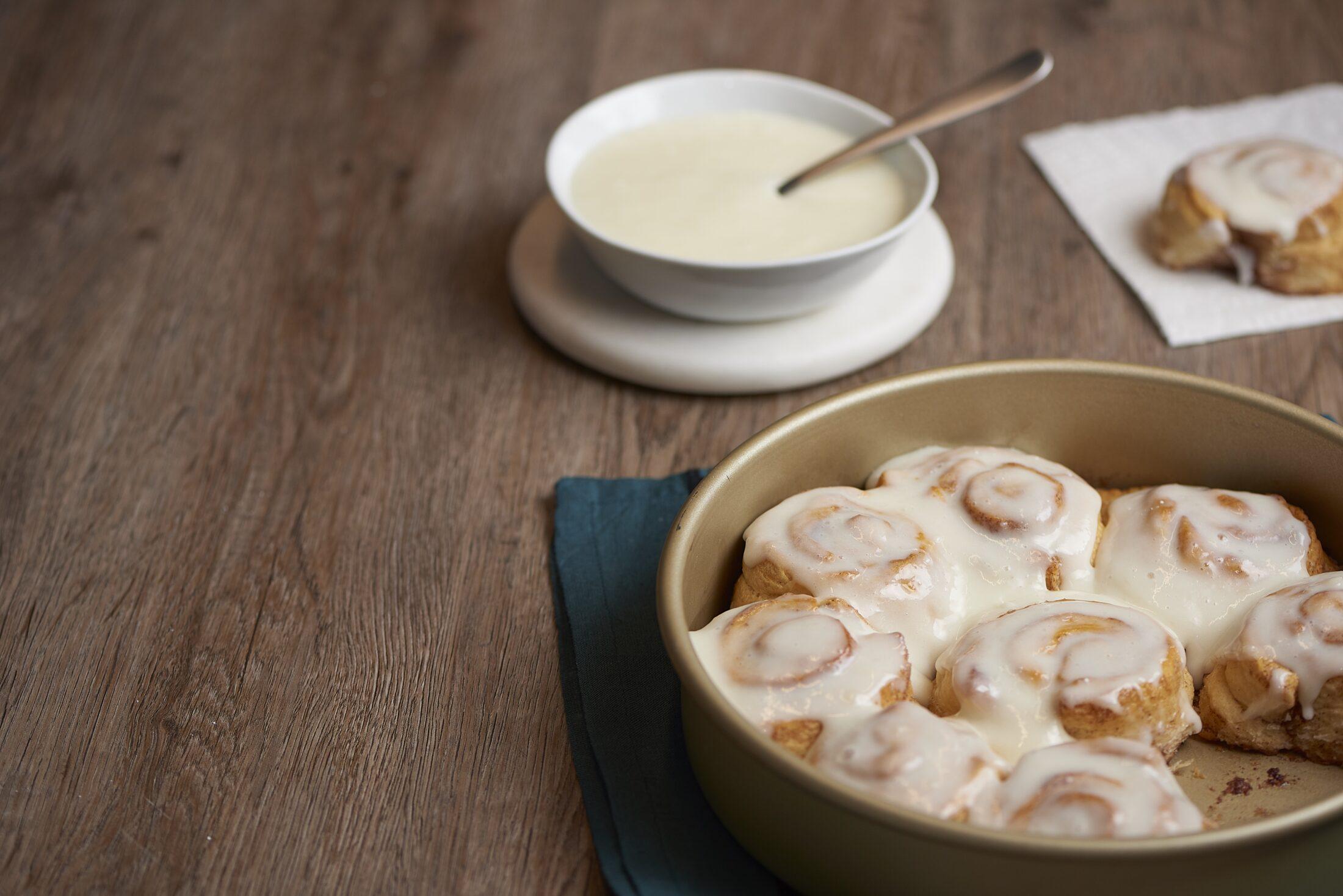 For the cinnamon rolls:
Heat oven to 350 F and butter a round cake pan.

Unroll crescent roll dough onto a lightly floured surface. Layer each triangle slightly over the other in a two-by-four rectangle. Press to seal all edges together.

In a small bowl, mash together butter, cinnamon and brown sugar. Spread over crescent roll dough — edge to edge.

Starting on the long edge, tightly roll dough into a log and press to seal the edge. Using a serrated knife, slice into eight equal rounds.

Place in prepared cake pan, rolls touching, and bake 18–20 minutes or until golden.

For the frosting:
While the rolls bake, beat together cream cheese, powdered sugar and vanilla in the bowl of a stand mixer fitted with the paddle attachment until fluffy, about 3 minutes.

Add in milk as needed to slightly thin the mixture.

Once rolls are baked, let cool 5 minutes before coating in frosting.

Recipe and image provided by Half & Half magazine.